There is a new Metrics section in the global settings, which lists all active metrics per account. From that screen, you can also create a new metric by clicking the green "Add" button in the header and selecting "Effort via Relations" from the list of possible new metrics. 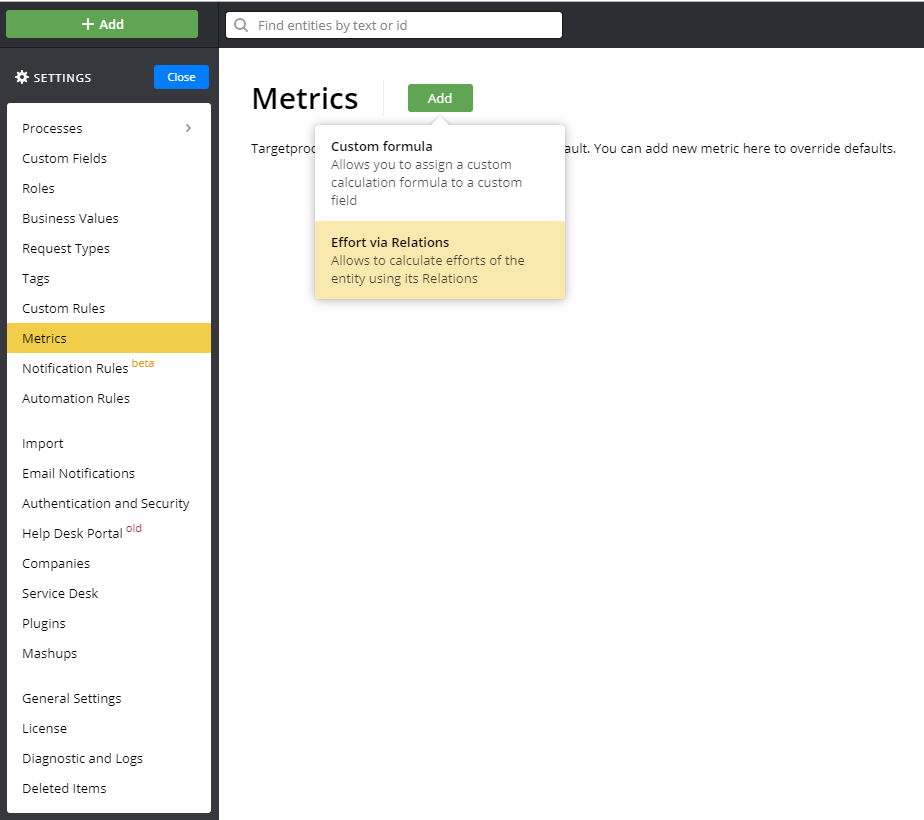 For now, this Effort via Relations is the single available "custom" metric that affects Effort data. If it’s not turned on, then the effort is calculated with the "default" metric, which is not visible for the users.

After clicking "add", you will be redirected to the metric settings screen (this also happens when you click the existing metric in the list). There you can choose both basic and custom settings for the metric. 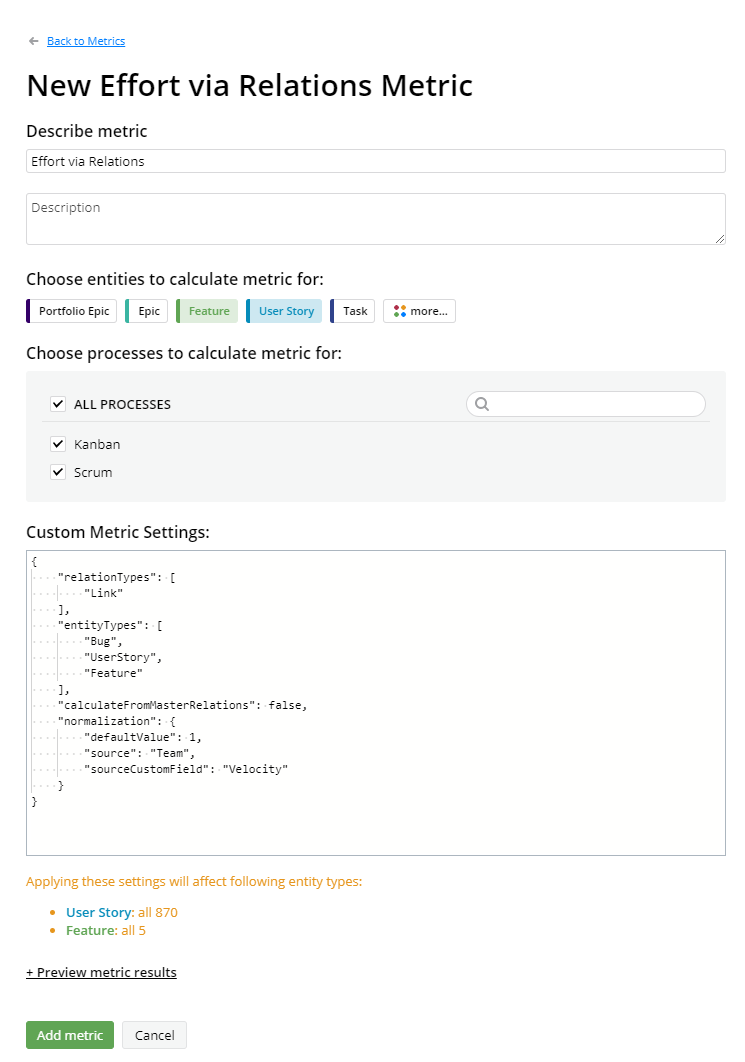 Name and description can be anything you’d like, they exist only to make it easier for the users to navigate through the metric list, and to differentiate one metric from another.

In the list of processes, you should select the ones, whose entities will be affected by this metric. In the following section, you should also select types of entities to calculate the metric for. In the screenshot above, the custom relation-based effort will be calculated for UserStories and Features in all processes.

Different metrics may have their specific settings, like a type of relations for Effort via Relations. For now, there is no fancy UI to configure such things, it’s required to manually enter “raw” JSON values in the "Custom Metric Settings" area.

Here’s the shape of JSON for Effort via Relations metric:

So for example, if you want to normalize efforts of linked Epics, and you know that the normalization coefficient is stored in custom field name "MyVelocity" of Epic’s Team, set "source" value to "Team", and "sourceCustomField" to "MyVelocity".

Note that the "Team" option doesn’t work well with the multi-team feature at the moment. It always chooses the most recently added Team.

Check that it works

That’s when the effort normalization may be required. It tries to unify the effort values using the only thing which is the same for both teams - time.

It assumes that teams have some sort of velocity value (the amount of work done in a time interval, for example, 80 points per week). Using that velocity it’s possible to move the actual efforts of teams to the common base.

If team A does 10 points per week, and team B does 20 points per week, then 1 point of team A is roughly equivalent to 2 points of team B, and we can use that information to calculate the aggregated progress for both teams.

Here is an example of how calculation with effort normalization should work. Here we have a user story with two linked bugs.

Updated about 1 year ago